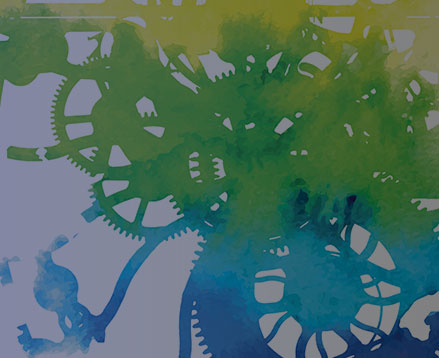 It is thanks to Isaac Newton that we understand the rainbow phenomenon. He demonstrates that the colors are actually the result of the decomposition of white color from the sun.

When he wanted to name the different colors visible, he chose seven, less a scientific approach than a desired analogy with magic and omnipresence of the number seven.
The seven colors of the rainbow and the seven notes of the diatonic scale reveal a regulator of vibration, vibration which are in more primitive traditions, the essence of matter.

Some are other sevenfold sevenfold’s symbols; as rose to the seven petals evoke the seven heavens, seven angelic hierarchies, all perfect sets. Seven means all planetary and angelic orders, all the heavenly mansions, all of the moral order, and all energies mainly in spiritual order. Amongst Egyptians, it was the symbol for eternal life. It symbolizes a complete cycle, a dynamic perfection, a positive renewal.

Combining the number four, which symbolizes the Earth (with its four cardinal points) and number three, symbolizing the sky, seven represents the whole universe in motion. It is universally the symbol of a whole, yet a whole in movement or in total dynamism.

These inspirations, these myths and legends have given birth to the creation of TORTUE RAINBOW. Its movement cut in sunlight rays, its specific and devoted shape called for the adjunction of a new colored element whose rays interspersed with bridges and base plate. As an analogy to the rainbow and its seven colors, we enhance the positioning of 7 o’clock and leave you with endless imaginations.

Note that the seven colors of the rainbow sky only reveal the visible spectrum…
We’ll leave you here, for enthusiasts, among others, for theology, esotericism and numerology to continue the fascinating discovery of the multiple meanings of this figure so special, mentioned 77 times in the Old Testament more than 300 times in the Bible…

CLAUDE MEYLAN takes its inspiration from the magical prism of seven colors and creates TORTUE RAINBOW in various harmony with so deep signification. With RAINBOW, colors enhance sculpture of time

The new declination of our movement 165CM16 gives way to a new element. Subtle and inserted between base plate and bridges, it matches the hands and sets the tone to the inspirations linked to its color.

Each bridges are cut out, fully decorated and in an harmony of specific shapes. It prompts an intriguing transparency of lights pushed to new dimensions by the character of suspended colors.

TORTUE RAINBOW takes you to a new dimension where your own imagination and spirit will lead you a new time space.

We use cookies to ensure the smooth operation of our site, to personalize our content and advertising, to provide features available on social networks and to analyze our traffic. We also share information about your browsing on our site with our analytics, advertising and social network partners. AGREE & CLOSE
Privacy & Cookies Policy

Any cookies that may not be particularly necessary for the website to function and is used specifically to collect user personal data via analytics, ads, other embedded contents are termed as non-necessary cookies. It is mandatory to procure user consent prior to running these cookies on your website.